Menu to other web pages
Home Page (or click banner) Court sitting of 5-Jul-01 Court sitting of 12-Jun-O2 Letter from Commission for the Administration of Justice Lawyers 1 Lawyer 2 Lawyer 3 The poison of pills I never took from the very start Letter from Tribunal in 2005 (this page) The unfounded accusations (this page) Written in the Court sentence: used to find them already dead My Pets My research Malta Police Frame-Ups The fake Psychiatrists' reports and Magistrate Carol Peralta's revenge on me My court case which vanished from the Court Archives Emails and letters I sent Medical Council Members in 2017 Emails sent to Animal Welfare Unfounded hatred towards me, even ending with a death fatwa Impunity Malta Style Victims of Psychiatry in Malta Depicting poison as cure Money down the drain at Mount Carmel Hospital Who is Frederick Azzopardi? Contact

Extract from the court sentence of 26th June 2014, page 2: the unfounded accusations intentioned to appear the most macabre possible 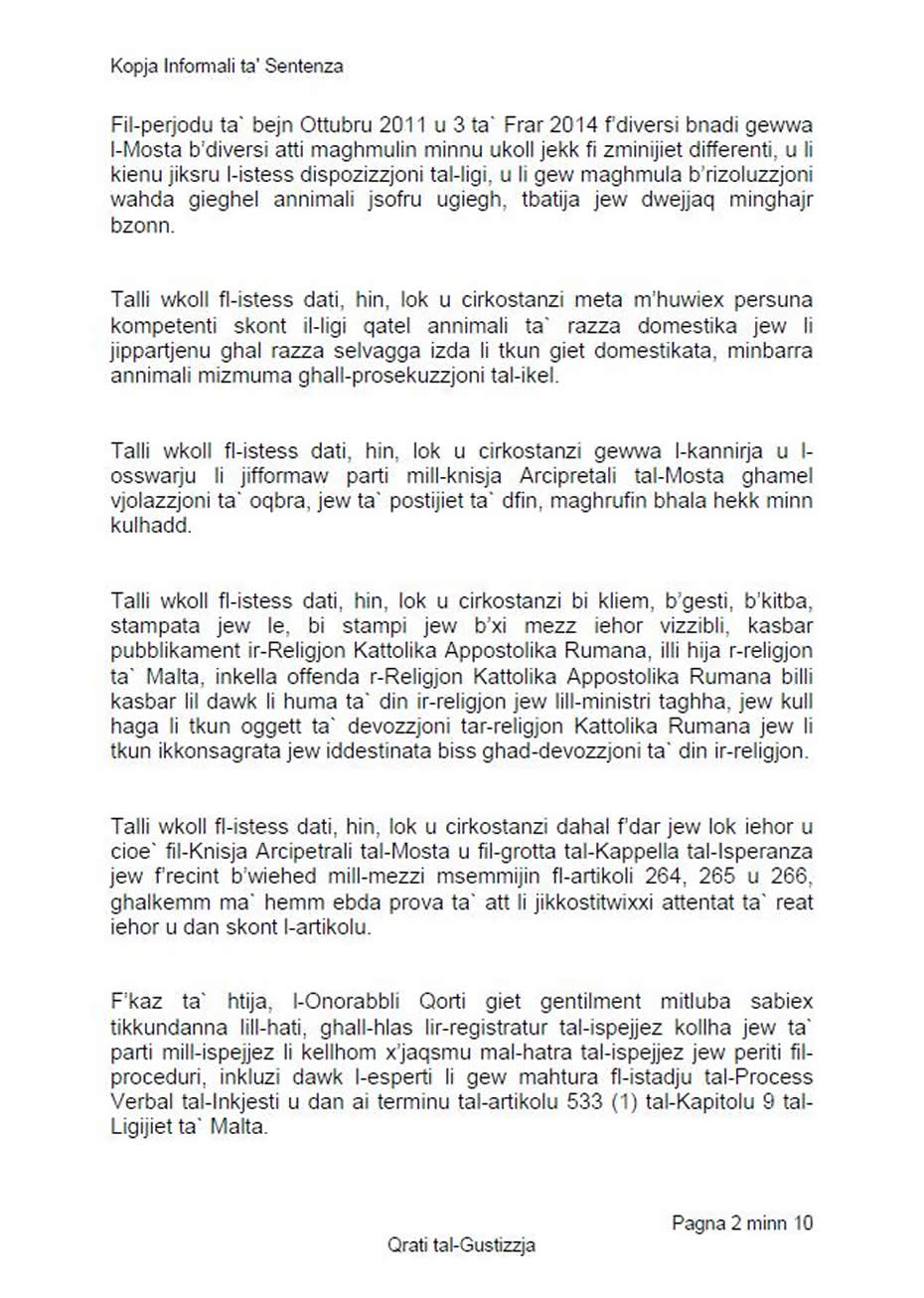 English translation:
In the period between October 2011 and 3rd February 2014 in several places in Mosta in several acts done by him on different dates and which broke the law, and were made with the aim to make animals unnecessarily suffer.
Also on the same dates, times, places and circumstances when he is not competent person according to the law killed domesticated animals or wild animals which were domesticated, apart from animals held for food.
Also on the same dates, times, places and circumstances in the crypt and the ossuary that form part of the Mosta church he made violation of tombs or places of burials, known so by everyone.
Also on the same dates, times, places and circumstances with words, writings, printed or not, with pictures or any other visible method, insulted the Roman Catholic Apostolic Church which is the religion of Malta, or else insulted the Roman Catholic Apostolic Church by insulting those who pertain to this religion or its ministers, or anything else that could be of devotion to the Roman Catholic religion or which is consecrated or intentioned solely for the devotion of this religion.
Also on the same dates, times, places and circumstances he entered in a house or another place, that is in the Church of Mosta and in the cave of the Speranza Chapel or place with methods mentioned in articles 264, 265 and 266, although there is no proof of acts that constitute other criminal acts and this subject to this article.

The first 3 are purely unfounded accusations intentioned to be the most macabre possible and frame me up and character assassinate me in the most vile way, when the Police were more than 100% sure I didn't commit anything they accused me of to the point that they never felt the need to examine my 3 cat pets I had at home or send those of the Animal Welfare to do it.
Particulary worth noting is the 4th accusation concerning "the Roman Catholic Apostolic Church which is the religion of Malta.". Why point fingers to Iran and Pakistan for being Islamic states, implementing Sharia Law and being outdated when we Malta in Europe and long members of the European Union have our version of our Police Sharia Law? 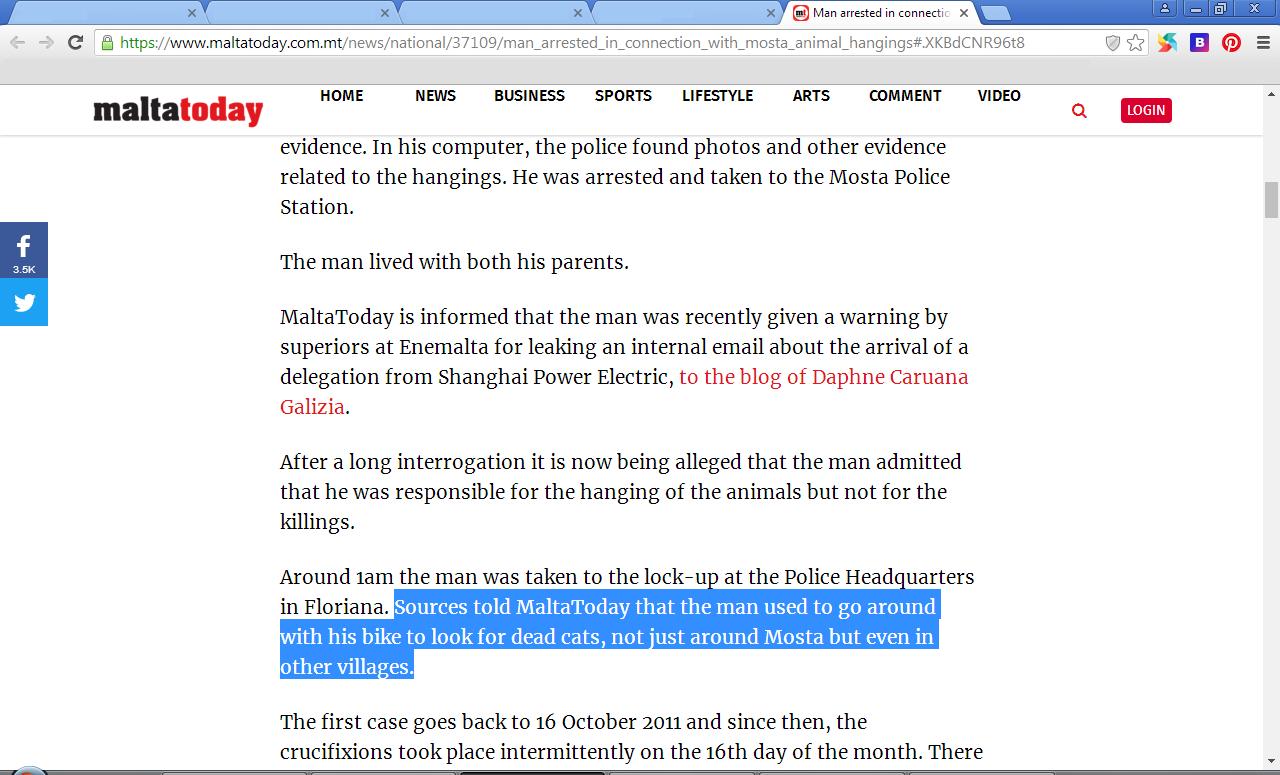 Note how the media had inside information from the start that I simply made use of animals found already dead. Such inside information which could have been obtained only from the Police, confirms even further the premeditated frame-up they made on me when amongst others accused me with maltreatment and killing of animals when they were more than convinced I did nothing of this sort. The media chose to put aside this information and instead did their part in my character assassination by falsely keep labelling me as Nicholas Grech the "Mosta cat killer".